New Zealand's Auditor-General has lashed the procurement process undertaken by the Waikato District Health Board for its failed HealthTap project, which its backers hoped would make Waikato an “innovation hub" for Australia and New Zealand in delivering end-to-end virtual care.

Waikato DHB spent $26 million on HealthTap as part of its Virtual DHB/SmartHealth project despite it being a relatively untested app outside of the US.

25 May 2018 |
3
read time
HealthTap not a good fit for Waikato DHB: independent report 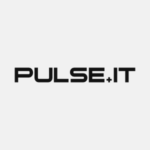